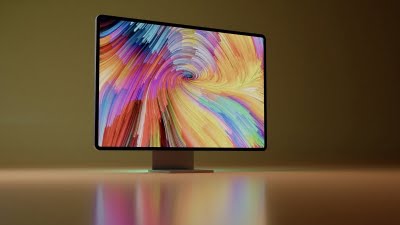 San Francisco, April 17 (IANS) The 21.5-inch iMac, in both its non-4K and 4K offerings, is experiencing dwindling availability at Apple Stores across the US.

The shortage could be a hint of an imminent change to the iMac lineup just a few days before Apple hosts a product launch event on April 20, reports Ars Technica.

In particular, the cheapest, 1080p iMac is seeing ship dates slipping back several days into late April or early May, which is usually a sign of low supply.

This Mac in particular is also increasingly unavailable for pickup at physical Apple Stores around the US, the report said.

Meanwhile, the more expensive 27-inch iMac is shipping within a normal window and it is showing as available at more retail stores.

This development comes a few weeks after Apple discontinued several certain configurations of the 21.5-inch iMac –specifically, those with 512GB of 1TB SSD storage options.

Next week, Apple is all set for its first event of the year on April 20 and media reports suggest that new iPads with 5G support and Apple TV upgrades along with a deep dive into iOS 14.5 are on the anvil.

New iPad Pros will reportedly get a 5G support, speed boost with a new chip similar to Apple’s M1, a Thunderbolt port for faster transfers and compatibility with more devices, and support for 5G.

The larger 12.9-inch Pro may also be the first Apple device to feature a Mini LED display. The iPad mini is also likely to receive some fresh upgrades, like a larger display and updated internals.