Amazon has to treat its employees better: Bezos 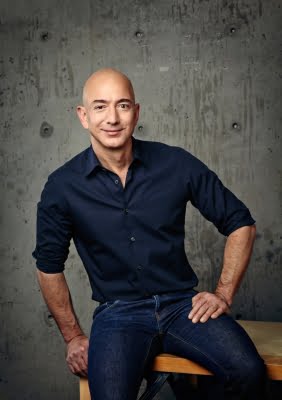 San Francisco, April 16 (IANS) In his final letter to shareholders, Amazon CEO Jeff Bezos has said that the company needs to do better at taking care of its employees.

The letter comes amid ongoing reports of untenable conditions for Amazon workers.

“I think we need to do a better job for our employees,” Bezos said in the letter sent to employees on Thursday.

“While the voting results were lopsided and our direct relationship with employees is strong, it’s clear to me that we need a better vision for how we create value for employees — a vision for their success,” he added.

In the letter, Bezos also said that Amazon employees can take informal breaks throughout their shifts to stretch.

These informal work breaks are in addition to the 30-minute lunch and 30-minute break built into their normal schedule.

“Performance is evaluated over a long period of time as we know that a variety of things can impact performance in any given week, day, or hour,” Bezos added.

He also said that if employees are on track to miss a performance target over some time, their manager talks with them and provides coaching.

Recently, Amazon had issued a rare apology regarding allegations over exploitative working conditions at its facilities, including forcing exhausted workers to ‘pee in bottles’, saying that the company will look for solutions to resolve such situations.

The company had said that this is a long-standing, industry-wide issue and is not specific to Amazon.

Bezos also said, in the letter, that as executive chairman he will focus on making the company a better place to work.

“In my upcoming role as Executive Chair, I’m going to focus on new initiatives,” Bezos said.

“I’m excited to work alongside the large team of passionate people we have in Ops and help invent in this arena of Earth’s Best Employer and Earth’s Safest Place to Work,” he added.