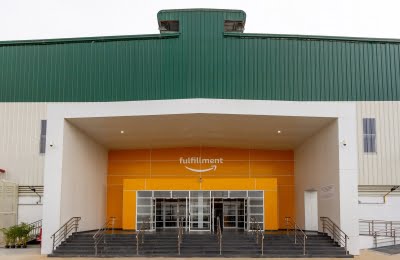 San Francisco, April 9 (IANS) Amazon appears to have defeated a major union drive as preliminary tally on Friday suggests that workers at a warehouse in Alabama voted against forming a union.

The National Labor Relations Board (NLRB) in the US has tallied 1,700 “no” votes on the measure, more than half of the 3,215 ballots cast by workers at the Bessemer, Alabama facility which has an employee strength of about 5,800, The Verge reported.

This is a major victory for Amazon which has waged an aggressive campaign in Bessemer, showing workers benefits of not joining a union.

However, the NLRB has not yet declared an official winner as counting of votes is still on.

Amazon workers at the Alabama facility started voting by mail starting February 8 over whether to join the Retail, Wholesale and Department Store Union (RWDSU).

Amazon, which has seen its sales growing dramatically during the pandemic as people rushed to get their supplies through online services due to the Covid-19 restrictions, has faced criticism from several quarters for allegedly not putting in place enough measures to protect its warehouse workers.

The union is considering appealing the election.

“Our system is broken,” RWDSU President Stuart Appelbaum was quoted as saying in a statement on Thursday evening.

“Amazon took full advantage of that, and we will be calling on the labor board to hold Amazon accountable for its illegal and egregious behaviour during the campaign.”