Apple to use Tesla ‘megapack’ batteries at its US solar farm 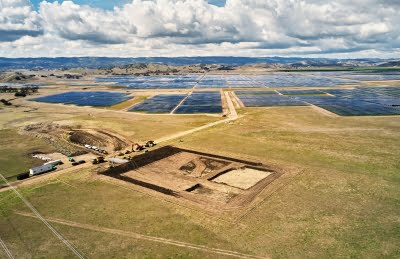 San Francisco, April 1 (IANS) Apple will buy Tesla batteries for its solar farm in California that will be used to power the companys corporate headquarters in Cupertino, the media reported.

According to The Verge, the Apple solar farm will consist of 85 Tesla lithium-ion “megapacks”.

The new setup will store up to 240 MW-hours of energy and has been approved by the Monterey County Board of Supervisors last year.

“Monterey County’s planning chief confirmed that Apple will use the Tesla batteries,” the report said late on Wednesday.

Apple announced on Wednesday that it is constructing one of the largest battery projects in the country called California Flats — an industry-leading, grid-scale energy storage project capable of storing 240 megawatt-hours of energy, enough to power over 7,000 homes for one day.

“This project supports the company’s 130-megawatt solar farm that provides all of its renewable energy in California, by storing excess energy generated during the day and deploying it when it is most needed,” the company said in a statement.

Apple is investing in utility-scale storage in California and research into new energy storage technologies, even as it builds upon distributed storage capabilities in Santa Clara Valley and through Apple Park’s microgrid.

Tesla first announced the megapack battery system back in 2019.

The Tesla batteries will make it possible for Apple to store energy generated by its 130-MW solar array at the farm.

Known for its electric cars, Tesla has built an energy storage business to compliment Solar City it had acquired in 2016 for $2.6 billion.