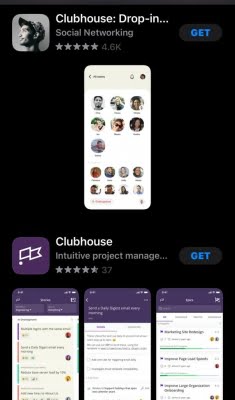 New Delhi, April 20 (IANS) Alarmed at the popularity of invite-only audio chat app Clubhouse, Facebook is launching a similar product called Live Audio Rooms which will also be available on Messenger this summer.

Announcing multiple social audio products, the company said on Monday that it will test Live Audio Rooms in Groups, making it available to the 1.8 billion people using Groups every month and tens of millions of active communities on Facebook.

“As part of this initial rollout, we’ll also bring Live Audio Rooms to public figures so they can host conversations with other public figures, experts and fans,” said Fidji Simo, Head of Facebook App.

“In addition to bringing this to Facebook, we also plan to release Live Audio Rooms on Messenger this summer so you can easily hang out with your friends, too,” Simo added.

You will be able to use music from Facebook’s Sound Collection in the background of your story to set the tone.

These audio creation tools will enable users to create Soundbites – short-form, creative audio clips for capturing anecdotes, jokes, moments of inspiration, poems, and many other things.

“We’ll start testing Soundbites over the next few months with a small number of creators and refine the product with their input before making it available to everyone,” Facebook said.

The company said that podcasts are also coming to its platform.

Within the next few months, you’ll be able to listen to podcasts directly on the Facebook app – both while using the app or when the app is backgrounded.

Additionally, the company is going to offer captions on all social audio experiences to make them accessible to all.

The company said that it is introducing multiple ways for audio creators to build their business too.

When Live Audio Rooms launch, fans will be able to support their favourite creators and public figures through Stars, or donate to causes they care about.

“Soon after launch, we’ll also offer other monetization models, like the ability to charge for access to a Live Audio Room through a single purchase or a subscription,” Faceboonm said.