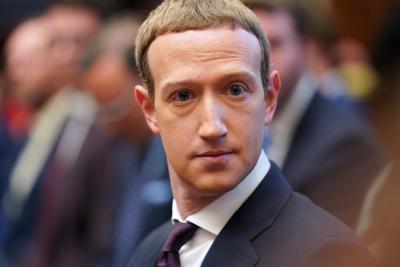 The company’s annual reviews of company security “identified specific threats to Zuckerberg,” according to a proxy statement filed with the US Securities and Exchange Commission (SEC), reports The Verge.

“He is synonymous with Facebook, and as a result, negative sentiment regarding our company is directly associated with, and often transferred to, Mr. Zuckerberg,” read the statement.

Facebook spent $23 million for personal security at Zuckerberg’s residences and for travel for him and his family. The Facebook CEO also received an additional $10 million to put toward security personnel and other security costs.

The cost of base security was up to $13.4 million last year, compared to $10.4 million the year prior.

“Under Mr Zuckerberg’s overall security programme, we pay for costs related to personal security for Mr. Zuckerberg at his residences and during personal travel, including the annual costs of security personnel for his protection and the procurement, installation, and maintenance of certain security measures for his residences,” the company said.

“We also provide an annual pre-tax allowance of $10 million to Mr Zuckerberg to cover additional costs related to his and his family’s personal security,” Facebook added.

In addition, Zuckerberg uses private aircraft for personal travel in connection with his overall security programme.

On certain occasions, he may be accompanied by guests when using private aircraft.

The costs of Zuckerberg’s security programme vary from year to year depending on requisite security measures, his travel schedule, and other factors.

Zuckerberg has requested to receive only $1 in annual salary and does not receive any bonus payments, equity awards, or other incentive compensation, Facebook added.