Facebook ties up with CleanMax to go 100% renewable in India 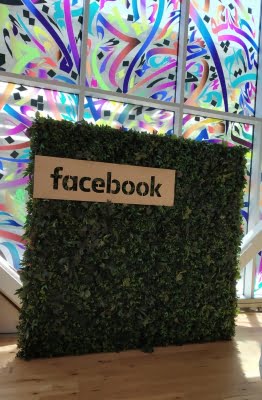 Gurugram, April 15 (IANS) Facebook and CleanMax on Thursday announced a partnership to support renewable power from wind and solar facilities in India.

“We’re excited to announce this important step that is helping us support our operations in the region, including our offices in India, with 100 per cent renewable energy,” Urvi Parekh, Head of renewable energy at Facebook said in a statement.

Under the agreement, Facebook and CleanMax will assemble a portfolio of wind and solar projects supplying renewable power into India’s electrical grid.

The first project to be brought online in the agreement is a 32MW wind project located in Karnataka, India. This will be followed in states where the tech giant is operational. Approximately half of the project capacity has recently been commissioned and is already generating power.

“This partnership with CleanMax will enable new solar and wind power to be generated in the near future, contributing to the decarbonisation of the Indian electrical grid,” Parekh added.

While CleanMax will own and operate the projects, Facebook will provide long-term support by committing to purchase 100 per cent of the environmental attribute certificates from the projects for years to come.

The social media giant also announced that it has reached 100 per cent renewable energy and achieved net zero emissions for its global operations.

“We have always strived to develop innovative solutions to help our clients achieve their 100 per cent renewable ambitions. Given the constraints in sourcing power to many facilities, we are working with forward-thinking corporations like Facebook to find creative solutions to these problems,” said Andrew Hines, Co-Founder and Chief Commercial Officer at CleanMax.