Google Pixel 5a 5G to launch in US, Japan later this year 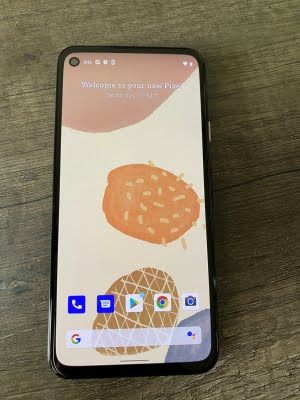 San Francisco, April 10 (IANS) Amid the reports of Google Pixel 5a 5G getting cancelled following the global chip shortage, the company said the upcoming smartphone will be released in the US and Japan later this year.

According to two sources familiar with the matter, Android Central came to believe that the Google Pixel 5a 5G was cancelled in its entirety.

Pixel 5a 5G is not cancelled. It will be available later this year in the US and Japan and announced in line with when last year’s a-series phone was introduced, a Google spokesperson said.

The upcoming mid-range smartphone was expected to be launched at this year’s Google I/O developer conference alongside the rumored Pixel Buds A.

According to Android Central, the Google Pixel 5a 5G is set to be one of this year’s best cheap Android phones.

However, the report said that Google’s engineers will continue to focus on the Google Pixel 4a 5G for software testing, and it will likely be the focus of much of Google’s global mid-range smartphone sales, where it will continue to be sold in markets that won’t stock the Pixel 5a 5G.

The Pixel 4a 5G, which bears major similarities to the Pixel 5a 5G including Qualcomm Snapdragon 765G chip that’s in such short supply right now, was released in Australia, Canada, France, Germany, Ireland, Japan, Taiwan, UK and the US, according to Google’s device availability page.

The global chip shortage has been causing problems for smartphone manufacturers beyond Google, too, with reports that it has been affecting Samsung’s smartphone production as well.