ISRO's rocket to take OneWeb's 36 satellites to orbit in March 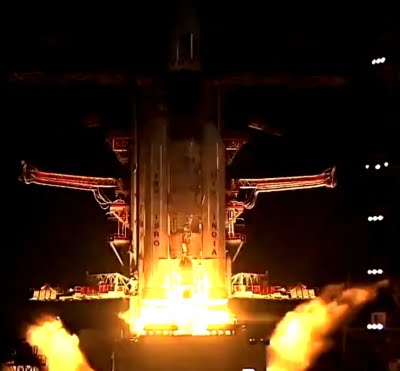 <br>"The OneWeb satellites are slated for launch during the first or second week of March by our rocket," an official of Indian Space Research Organisation (ISRO) told IANS preferring anonymity.

Meanwhile, OneWeb on Wednesday said the 36 satellites are on their way to India.

"This is the final time we will load up an Antonov aircraft with our satellites for Gen1, demonstrating how close we are to truly global connectivity. Bon voyage, satellites!" OneWeb tweeted.

The Antonov aircraft will land in Chennai and from there the satellites will be taken to the ISRO’s rocketport in Sriharikota by road.

It was OneWeb’s 16th to-date, with only two more launches remaining to complete its first-generation constellation enabling global connectivity in 2023.

With 542 satellites now in orbit, OneWeb has more than 80 per cent of its first-generation constellation launched.

(Venkatachari Jagannathan can be reached at v.jagannathan@ians.in)