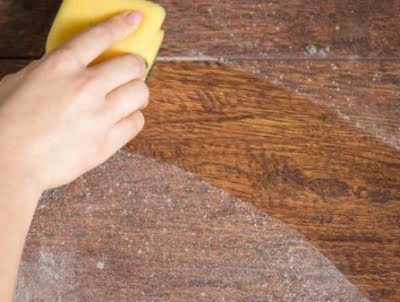 However, because of the stone cutting activity in the Aravalli range, the wind pattern containing a lot of sand and dust is getting directed towards the NCR region leading to the Chronic Lung Disease.

Experts of the region say they are seeing alarmingly poor lung health among the people in the region, with many of them coming with advanced stages of lung disease after ignoring symptoms for years.

The experts say that air pollution due to smoke from Chulha and Angithies, metal dust from machines in factories, and dust from stone cutting in Aravallis is leading to poor lung health among the people in and around Faridabad. Individuals directly exposed to these pollutants are particularly at risk of severe lung diseases.

"Women in villages in Faridabad and rural areas around Delhi are still cooking food on traditional chulha or angithis, which cause significant smoke pollution. They do not realise that this smoke is even more dangerous than cigarette smoke and gets inhaled in large quantity daily. Even a few years of daily exposure to chulha smoke causes as much lung damage as someone smoking cigarettes for 30 years. Due to this, we are seeing large number of young women patients in their 30s and 40s suffering from chronic obstructive pulmonary disease (COPD), a condition typically found in elderly cigarette smokers who have been smoking for decades", said Dr. Arjun Khanna, Head, Department of Pulmonary Medicine, Amrita Hospital.

Dr. Sourabh Pahuja, Consultant, Department of Pulmonary Medicine, said, "Workers in industries are constantly getting exposed to pollutants and substances they work with, such as metal dust, leading to occupational lung diseases like asbestosis and silicosis. Faridabad falls in the Aravalli range, with stone-crushing and stone-cutting as an industry. Stone dust is inhaled by these workers every day due to lack of protective equipment. Many people from factories and stone-crushers are coming to us, suffering from lung disease due to long-term exposure to pollutants at the workplace."

Faridabad is the biggest industrial town in Delhi-NCR. The direct exposure to the pollutants from industrial activity in the city is also causing poor lung health among people. The doctors said that another challenge is the reluctance of people in rural areas to allow children suffering from asthma to use pumps or nebulizers.

"Asthmatic young children studying in schools are not allowed to use pumps or nebulizers by parents due to fears that it will become a lifelong habit and hamper their marriage prospects. This is a deep social prejudice in the rural and semi-urban areas that needs to be tackled," added Dr. Sourabh Pahuja.

Twitter
Flip
Koo
Previous article
Mithali, Ganguly lead tributes to Jhulan Goswami, say the pace bowler will be missed
Next article
Enola Holmes to arrive on Nov 4 – and Sherlock is in competition with her
This May Also Interest You
News