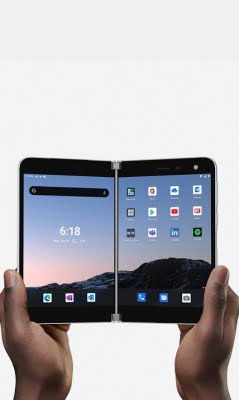 According to GizmoChina, a patent has revealed the design of a new Surface product. This might be the Surface Duo 3, which interestingly enough, features a design reminiscent of a foldable Samsung foldable smartphone.

The tech giant might be planning on launching this new Surface Duo 3 model sometime next year, the report said.

As of right now, it is still unclear if the company is actually working on a Microsoft Surface branded phone, but previous rumours suggests that the new patent in question is the Surface Duo 3, it added.

The new patent application was spotted recently and the documentation showcasing the design of the new device.

As per the official description, the patent is for a ‘FOLDABLE DISPLAY DEVICE’. which is clearly depicted in the patent images.

The application was filed in 2021 and published earlier this year.