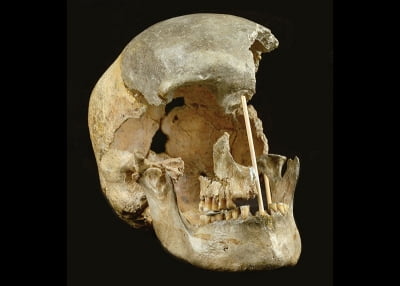 London, April 8 (IANS) Interbreeding among modern humans and Neanderthals was common in Europe, say scientists who sequenced the oldest Homo sapiens DNA dating back more than 45,000 years from the caves in Bulgaria and the Czech Republic.

In the first study, Mateja Hajdinjak and team from the Max Planck Institute for Evolutionary Anthropology (MPI-EVA) in Leipzig, Germany, examined oldest tooth and fragmentary remains of three individuals from Bacho Kiro Cave in Bulgaria, dated to between 45,900 and 42,600 years old.

Neanderthal ancestry was found slightly more: 3.4-3.8 per cent in the Bacho Kiro individuals’ genes compared to the modern non-Africans genes that usually carry about 2 per cent.

In the second study, published in the journal Nature Ecology and Evolution, the researchers looked at, over 45,000 years old, the nearly complete skull of a woman from a cave known as Zlaty kun in the Czech Republic.

The woman’s Neanderthal ancestry goes back to 70-80 generations, or perhaps 2,000-3,000 years, said Johannes Krause, a palaeogeneticist at the MPI-EVA.

Both the remains are not related to later Europeans, ancient or modern, meaning that their lineages must have disappeared from the region, but, the study showed a connection between Bacho Kiro people and contemporary East Asians and Native Americans.

Moreover, the Bacho Kiro remains reveal that they once lived across Eurasia, but vanished from Europe and lived on in Asia.