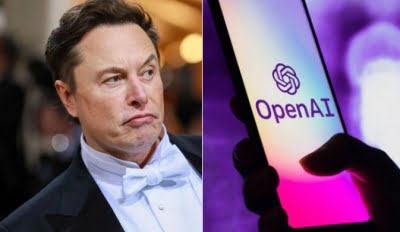 San Francisco, Dec 4 (IANS) As the world experimented with OpenAI chatbot service that generated amusing results for some, Twitter CEO Elon Musk on Sunday said after he “learned” that OpenAI was accessing the micro-blogging platform’s database for “training”, he put a pause on it.

Musk tweeted: “As I just learned that OpenAI had access to Twitter database for training. I put that on pause for now.”

He also said that OpenAI “was started as open-source and non-profit. Neither are still true”.

While one user asked, “Was that your original vision back when you were co-founding OpenAI? To keep the AI-based researches open-source and non-profit?”, another said, “Weren’t you listed as a co-founder of OpenAI?”

Moreover, when OpenAI CEO Sam Altman tweeted: “Interesting to me how many of the ChatGPT takes are either ‘this is AGI’ (obviously not close, lol) or this approach can’t really go that much further.”

Musk replied, “ChatGPT is scary good. We are not far from dangerously strong AI.”

“I agree on being close to dangerously strong AI in the sense of an AI that poses e.g. a huge cybersecurity risk and I think we could get to real AGI in the next decade, so we have to take the risk of that extremely seriously too,” Altman said.