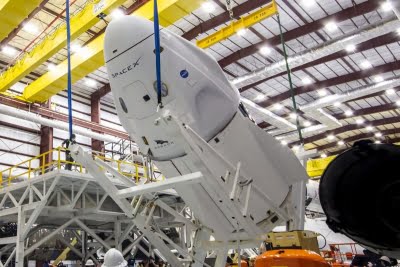 The Crew-2 with four astronauts on board, will lift-off at 6:11 a.m. EDT on April 22, from Launch Complex 39A at the agency’s Kennedy Space Center in Florida.

The mission is the second of the six certified, crew missions NASA, and SpaceX will fly as a part of the agency’s Commercial Crew Programme. Crew-1 successfully docked into the ISS in November, last year.

The Crew-2 astronauts will remain aboard the space station for approximately six months as expedition crew members, along with three crewmates who will launch via a Russian Soyuz spacecraft.

The increase of the full space station crew complement to seven members — over the previous six – will allow NASA to effectively double the amount of science that can be conducted in space, NASA said.