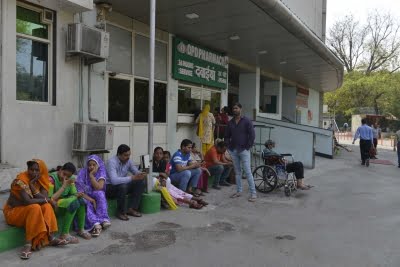 New Delhi, April 20 (IANS) With supplies running out, the Sir Ganga Ram Hospital on Tuesday evening raised an alarm for oxygen for Covid-19 patients admitted in its ICU.

He said around 120 patients in the ICU are heavily dependent on oxygen. “If we don’t get oxygen on time, then many will die,” he warned.

He said that the hospital administration has informed both the Centre and the state governments about shortage. “80 per cent of other patients are also dependent on oxygen,” he added.

The hospital has 485 Covid-19 beds and 475 of them are currently occupied.

“Only 6,000 cubic metres (of oxygen) left and the current consumption can only last till 1 a.m. Need urgent replenishment,” the Hospital said in a statement.

Meanwhile, Delhi Deputy Chief Minister Manish Sisodia too warned that many hospitals in Delhi will face shortage of oxygen in next few hours.

“In most hospitals in Delhi, oxygen is available for the next 8 to 12 hours only. We have been demanding for one week to increase the oxygen supply quota to Delhi, which the Central government has to do. If oxygen does not reach the hospitals in sufficient quantity by tomorrow (Wednesday) morning, there will be an outcry,” he said a tweet, attaching a list of oxygen supply in some leading government and private hospitals.

Twitter
Flip
Koo
Previous article
Raveena Tandon: Nowhere to go, nothing to do
Next article
Amazon to open salon in London with AR tech
This May Also Interest You
Health & Lifestyle