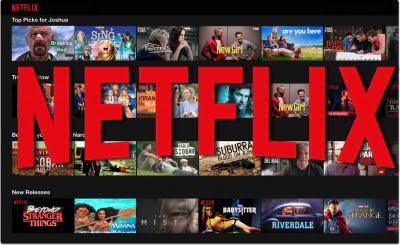 According to The Verge, Android users on mobile and tablets (versions 7.64 and higher) will be able to stream Netflix shows and movies before their download is completed.

“We always want to make it easier for members to access their favorite series or movies regardless of language, device, connectivity or location,” Keela Robison, Vice President, Product Innovation, said in a statement.

“So, partial downloading is now available on Android phones and tablets, and we’ll begin testing on iOS in the coming months. That’s the download on Netflix’s latest improvement – for now,” Robison added.

Previously, a title needed to be completely finished downloading to a device before it could be viewed — which, depending on your Wifi connection or data plan could make streaming a title a headache, particularly in the aforementioned airport scenario.

Partial downloading will be limited to Android mobile and tablet devices for now, but Netflix said it “will be testing on iOS in the coming months”.

Additionally, the company said that the Downloads for You feature, which auto-downloads recommended titles based on watch history and rolled out to Android users in February, would be getting a test on iOS “soon”.

iOS users can access Smart Downloads, which launched in 2019 and downloads the next episode of a series a user is viewing, in their settings.

Android users will be able to find the setting in the Continue Watching section of the service or from the Download menu on Android.