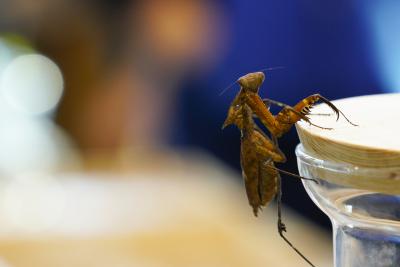 London, April 13 (IANS) A team of scientists have named a small caddisfly — native to a national park in Kosovo — after the Coronavirus pandemic.

The Potamophylax coronavirus was collected near a stream in the Bjeshket e Nemuna National Park in Kosovo by the team led by Professor Halil Ibrahimi of the University of Prishtina.

After molecular and morphological analyses, it was described as a caddisfly species, which is new to science in the peer-reviewed Biodiversity Data Journal.

The insect was collected a few years ago from the river basin of the Lumbardhi i Decanit River. But the new species was described during the global pandemic, caused by SARS-CoV-2. Its name, P. coronavirus, will thus be an eternal memory of this difficult period, said the researchers.

The researchers also want to bring attention to “another silent pandemic occurring on freshwater organisms in Kosovo’s rivers,” caused by the pollution and degradation of freshwater habitats, as well as the activity increasing in recent years of mismanaged hydropower plants.

The small insect order of Trichoptera, where P. coronavirus belongs, is very sensitive to water pollution and habitat deterioration. Failure to understand this may drive this and many other species towards extinction, they said.

Twitter
Flip
Koo
Previous article
UP tops active mobile app users’ chart in March: Report
Next article
Arshi Khan: Was not serious about my career before 'Bigg Boss'
This May Also Interest You
Sports