Older adults most likely to make effort to help others 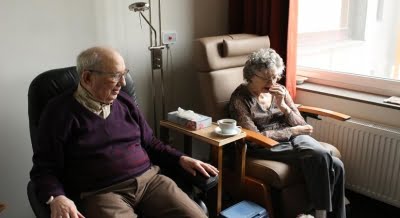 London, April 17 (IANS) A new research has found that older adults are more willing to make an effort to help others as compared to younger adults.

According to the researchers, including Matthew Apps from the University of Birmingham, this study is the first to show how effortful ‘prosocial’ behaviour — intended to benefit others — changes as people get older.

“Our results showed very clearly that participants in our older age group were more likely to work harder for others, even though they would gain no significant financial reward for themselves,” Apps said.

Each participant made 150 choices about whether or not to grip a handheld dynamometer — a device for measuring grip strength or force — with six different levels of how hard they had to grip.

Before the experiment, the researchers measured each person’s maximum grip strength, so they could make sure that the effort people had to put in was the same for everyone, and not affected by how strong people were.

For each decision, participants were told whether they would be working to gain money for themselves, or another person.

First, they were asked to decide whether they would be willing to put in the effort to gain money or not. If they accepted the offer they had to grip hard enough to get the money.

In contrast, younger adults were more selfish and were much more likely to put in higher levels of effort to benefit themselves.