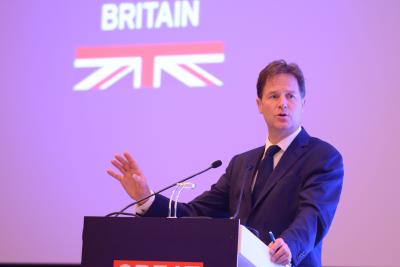 San Francisco, April 1 (IANS) Amid growing concerns about how humans and algorithmic systems interact, Facebook’s Vice President of Global Affairs and Communication, Nick Clegg, has said that machines are here to stay and people need to “make peace” with them.

His defence of algorithms comes at a time when there is concern that automated systems developed by technology companies might be manipulating human free will.

In her book ‘Surveillance Capitalism’, Harvard social psychologist Shoshana Zuboff paints a picture of a world in which tech companies have constructed a massive system of surveillance that allows them to manipulate people’s attitudes, opinions and desires, Clegg pointed out.

“In many respects, it would be easier to blame everything on algorithms, but there are deeper and more complex societal forces at play,” Clegg, the former Deputy Prime Minister of the UK, wrote in a Medium post on Wednesday.

Responding to allegations that that social media fuels polarisation and exploits human weaknesses and insecurities in a relentless pursuit of profit, Clegg said that at the heart of many of the concerns is an assumption that in the relationship between humans and complex automated systems, people are not the ones in control.

According to Clegg, machines have not taken over, but they are here to stay.

“A better understanding of the relationship between the user and the algorithm is in everyone’s interest. People need to have confidence in the systems that are so integral to modern life,” he said.

He said that data-driven personalised services like social media have empowered people with the means to express themselves and to communicate with others on an “unprecedented scale”.

Clegg claimed that social media companies have put tools into the hands of millions of small businesses around the world which were previously available only to the largest corporations.

“Turning the clock back to some false sepia-tinted yesteryear — before personalised advertising, before algorithmic content ranking, before the grassroots freedoms of the internet challenged the powers that be — would forfeit so many benefits to society,” he said.

Clegg said that to think social media is a temporary mistake in the evolution of technology is a profound misreading of the situation.

“Even if Facebook ceased to exist, social media won’t be — can’t be — uninvented. The human impulse to use the Internet for social connection is profound,” he said.

However, he admitted that companies like Facebook need to be frank about how the relationship between the users and their major algorithms really works and they need to give the users more control.