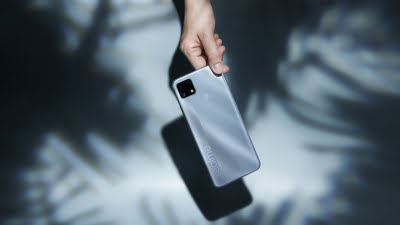 The 6.5-inch realme C20 (2GB+32GB) in two colours — cool grey and cool blue — is powered with MediaTek Helio G35, houses a 5000mAh battery and an 8MP AI camera) and will be available at an introductory price of Rs 6,799 for the first 10 lakh users from April 13 on realme.com, Flipkart and other key channels.

“Both, realme C21 and realme C25 are the first smartphones which will have TUV Rheinland High Reliability Certification,” said Madhav Sheth, Vice President, realme and CEO, realme India and Europe.

The C series continues to be a strong growth driver for the brand, contributing 28-30 per cent of realme India’s revenues.?

realme C21 will be among the first smartphones to obtain the TuV Rheinland High Reliability Certification, whose certifications are offered to handsets ranging from flagship to affordable ones.

realme C series was introduced at the end of 2018 with the launch of realme C1.

With the new launch, the company has, to date, offered nine models in the entry-level segment in the country.