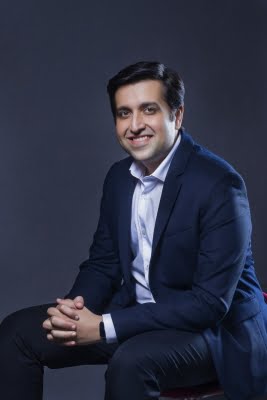 The C series continues to be a strong growth driver for the brand, contributing 28 per cent-30 per cent of realme India’s revenues.

Madhav Sheth, Vice President, realme and CEO, realme India and Europe, told IANS that the company is set to disrupt the sub-Rs 10,000 segment again with C20, C21 and C25 smartphones.

“realme C series, our entry-level product line, has always received a strong response from our customers resulting in over 32 million C series users worldwide. realme C11 was the top selling model in the online segment in September 2020 with 5 per cent market share and grabbed the top spot on Flipkart,” Sheth said.

In addition to the three new C-series devices, the company aims to launch one-two more smartphones under C series this year.

“realme C20 is the entry-level smartphone killer with a large display and a massive battery. realme C21 is the most versatile and stylish entry-level king with a massive 5000mAh battery with 47 days super-long standby feature,” Sheth informed.

realme C25 is offering a large display for better viewing with a fantastic screen to body ratio for an immersive experience.

“Also, this is the first time the highly acclaimed TUV Rheinland Smartphone High-Reliability Certification will come in realme C series with realme C21 and realme C25. This certification will serve as the leading industry standard for major markets around the world,” Sheth informed.

realme C series was introduced at the end of 2018 with the launch of realme C1. The company has so far launched six models in the entry-level segment.