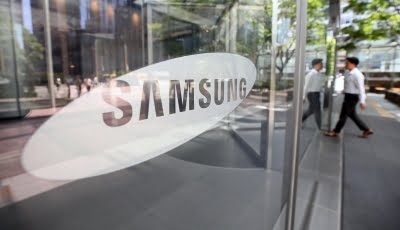 Seoul, April 14 (IANS) Samsung Electronics, the world’s largest memory chip producer, on Wednesday expressed its gratitude to US President Joe Biden and his government for holding a meeting with business leaders to resolve the chip shortage in the industry.

Samsung was one of the 19 global firms and the only South Korean company that attended the White House’s virtual meeting on Monday (local time), where Biden stressed a need to invest in the semiconductor industry and secure the country’s supply chain.

“Samsung would like to thank @POTUS and his cabinet for convening this open conversation with industry leaders on how to positively impact and grow advanced semiconductor manufacturing,” the company’s U.S. public affairs unit wrote on Twitter.

“We are committed to serving our customers with the world’s most cutting-edge technology, and are pleased to see the Administration working with Congress to advance this necessary and bipartisan $50 billion investment in semiconductor manufacturing and research.”

Analysts here have been predicting that Samsung may accelerate its investment in the United States following the meeting.

Samsung, also the world’s No. 2 foundry firm, has been reportedly seeking to build a new chip facility in the US, in addition to its foundry factory in Austin, Texas.