TCL transforms a 6.87-inch smartphone into a 10-inch tablet 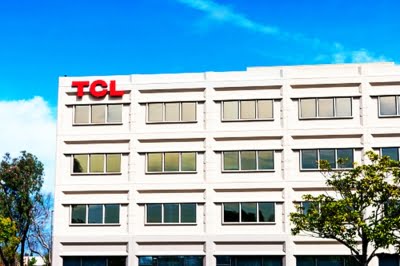 New Delhi, April 15 (IANS) In a bid to take the niche foldable devices segment to a brand new level, consumer electronics company TCL has teased a new concept that can turn a 6.87-inch smartphone into a 10-inch tablet.

Built on TCL’s ‘DragonHinge’ technology, the device offers an extendable display panel that can transform a 6.87-inch phone into an 8.85-inch phablet size or a 10-inch tablet

TCL says it’s “still exploring the technical specifications” of this type of device, reports The Verge.

The company aims to launch some kind of foldable phone before the end of this year.

The ‘DragonHinge’ is a three-part technology. It refers to the 0-180 degree fully inward foldable AMOLED display built by TCL, the flexible metal join that frames it, and the software that bifurcates, expand, or switch between apps on the display.

The foldable smartphone market has seen some real innovations in the past but it still ha a long way to go to reach the masses.

Samsung has hinted at a cheaper flexible device but its current Galaxy Z Flip and Z Fold 2 options are still very costly.

LG Electronics, which has quit the smartphone business, also showed ‘LG Rollable’ device with a resizable screen with a side-rolling display.

Twitter
Flip
Koo
Previous article
Ayushmann Khurrana roped in as TECNO's India brand ambassador for 2021
Next article
Dell spins out VMware, to generate over $9B
This May Also Interest You
Sports