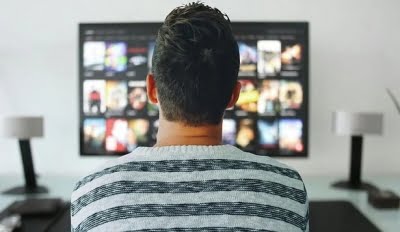 New Delhi, Nov 30 (IANS) Amid the ongoing debate on over-the-top (OTT) versus telecom providers, the Broadband India Forum (BIF) on Wednesday shot off a letter to the Department of Telecommunications (DoT), saying that if the concept of paying network access charges is to be accepted, the telcos should also pay the OTT platforms.

The BIF letter to the government came after telecom industry body Cellular Operators Association of India (COAI) said that OTT platforms must contribute towards creating and developing digital telecom infrastructure in India in exchange for using the services.

In the letter addressed to K. Rajaraman, Secretary, DoT and Chairman, DCC, the BIF said that OTTs are not free riders and are actually responsible for more than 70 per cent of the telco traffic.

“This concept of paying for the use of infrastructure is an excellent concept wherein any entity that uses another entity’s infrastructure , should pay for it. However, the revenues earned by the infra provider should also be shared with the entity using it in the same proportion,” the letter read.

According to the BIF, the infrastructure for any communication network also includes data centres, under sea cables, content hosting centres and content delivery networks — and all of which are built by the OTT platforms.

“If the concept of paying network access charges is to be accepted, the telcos should also pay the OTTs for all the above. Given the cost of the other infrastructure is far greater than the cost of the access network, it is quite likely that telcos may end up paying to the OTTs besides sharing their revenues with them,” the forum argued.

The COAI had suggested levying a “usage charge” for actual traffic carried by OTT on telecom networks. It said that the usage charge will be decided mutually between telcos and OTT players.

“Hence calling them OTTs is a ‘misnomer’. They are more appropriately named as Rich Interactive Applications or even better by CAP ( Content & Applications ), as termed by the EU regulator,” read the letter.

The BIF said that the claim made by the telcos has no substance nor any basis for any meaningful dialogue and should therefore be laid to rest.

Slamming the ill-conceived recommendations on the Draft Telecom Bill, the industry body said that not only would this mean that aspiring Indian startups will risk massive compliance costs in their infancy but would also mean that foreign investors bullish on Indian startups “may experience a chilling effect owing to the drastic policy uncertainty”.