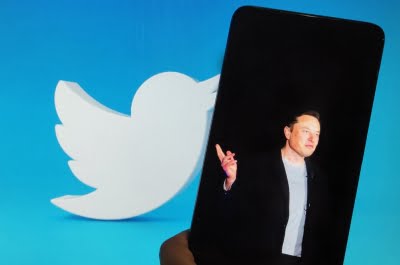 Singapore, Jan 12 (IANS) Elon Musk, who failed to pay the rent for Twitter headquarters in San Francisco, has now asked its remaining staff in Singapore to stop coming to office and work remotely as the company has reportedly failed to pay the monthly rent.

According to reports, Twitter employees were informed about the decision via email to leave the CapitaGreen building here and work from home.

Singapore serves as Twitter’s headquarters in the Asia-Pacific region.

Casey Newton of Platformer said in a tweet on Thursday that “Twitter employees were just walked out of its Singapore office – its Asia-Pacific headquarters – over nonpayment of rent”.

“Landlords walked employees out of the building,” he posted.

In the US, Twitter has been sued as it failed to pay $136,250 rent for its office space in San Francisco.

According to a complaint filed by landlord Columbia Reit, Twitter is late on rent at 650 California Street on the edge of Chinatown, USA Today reported.

The lawsuit was filed on December 29 in state court in San Francisco.

The company’s headquarters are located at 1355 Market St, where Twitter has also reportedly fallen behind on rent.

The beds were prepared for remaining “hardcore” staffers to be able to stay overnight at the office.

Sources told Forbes that there were maybe “four to eight such rooms per floor” at the Twitter HQ.

Twitter was also sued in December 2022 for refusing to pay for two charter flights, according to the reports.