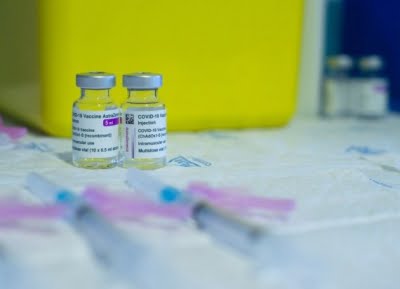 London, April 7 (IANS) Amid the concerns over the potential link between the AstraZeneca jab and rare blood clots, the UK on Wednesday rolled out a third Covid-19 vaccine developed by the US-based Biotechnology company Moderna.

The Moderna vaccine follows the Pfizer-BioNTech and Oxford-AstraZeneca jabs, which are already widely in use, the BBC reported.

The government said it has ordered seventeen million doses, which will be the third to be administered in the UK since the rollout began in December last year.

The vaccine was approved by the medicines regulator, the Medicines and Healthcare products Regulatory Agency, in January.

“The UK government has secured vaccines on behalf of the entire nation and the vaccination programme has shown our country working together at its best,” said Matt Hancock, Health Secretary.

The Health Secretary said approximately three out of every five adults had now been vaccinated with at least one dose across the UK, and urged the public to maintain confidence in the rollout, according to Financial Times.

A trial of the Oxford-AstraZeneca Covid-19 vaccine on children in the UK has been paused even as the country’s medicines regulator probes a possible link of the vaccine with rare blood clots in adults.

The trial, which started in February, is evaluating whether the vaccine generates a strong immune response in those aged between 6 and 17.

While the trial has been paused, Professor Andrew Pollard from the University of Oxford ruled out safety concerns with the trial itself, the BBC reported.

What the scientists are waiting for is more information, said the report.