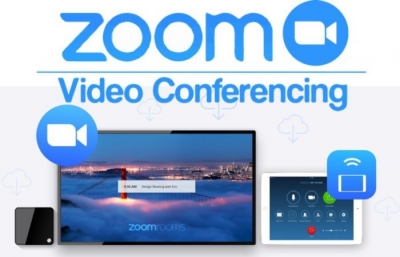 San Francisco, Feb 13 (IANS) Video conferencing app Zoom has released a new update to its macOS app following user reports about the microphone not being disabled after ending a conference.

According to the company, this was just a bug that has now been fixed, reports 9To5Mac.

Since December last year, a number of users have been complaining about this bug in the Zoom Community.

According to them, Mac’s microphone stayed active even after ending a Zoom conference — which certainly raised privacy concerns.

With a new privacy feature introduced with macOS Monterey that shows an orange dot in the menu bar when an app is using the microphone, users were able to immediately notice that there was something wrong with the Zoom app.

Although the causes of the bug were unknown, the company has now fixed it, the report said.

Zoom has confirmed that there was a bug in its macOS app that could cause the orange microphone-in-use indicator to appear even after leaving a call.

According to a company representative, the latest version of the app no longer has this problem.

Twitter
Flip
Koo
Previous article
Newly-promoted Bochum upset Bundesliga giants Bayern
Next article
Why is Shah Rukh Khan, darling of cinema goers, being turned into a villain!
This May Also Interest You
Technology

Global device shipments to decline 4% in 2023, PCs to be worst hit

ILT20: My job is to bring the best out of players, says MI Emirates head coach Shane Bond

We must strive to bring startups' ownership back to country: Eco Survey

Samsung not to cut investment despite significant profit drop

The next two months are going to be an uphill journey: Dalima Chhibber

Senior National Volleyball to kickstart on Feb 2 in Guwahati