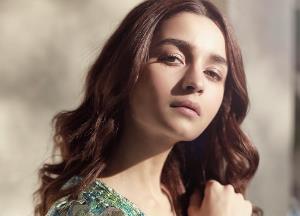 Though swamped with the current schedule of BRAHMASTRA in Varanasi, Alia Bhatt recently kickstarted SADAK 2 schedule.

According to a source, “It’s a powerful story which leaves a lot of heavy lifting to be done by Alia. For the first schedule, the actress will don a naked look on her face. For the first few days of the shoot, she was ready in 25 minutes speeding up the work on the shoot. They were, in fact, able to finish a lot more scenes than they hoped for before she left for BRAHMASTRA.”

Mahesh Bhatt’s last film as a director was the 1999 Sanjay Dutt, Jackie Shroff, Manisha Koirala starrer KARTOOS (Based on POINT OF NO RETURN). Alia will be directed by her father Mahesh Bhatt for the first time since KARTOOS in SADAK 2. A sequel of SADAK, the film stars Alia as lead who is on a tryst to expose a powerful Godman.