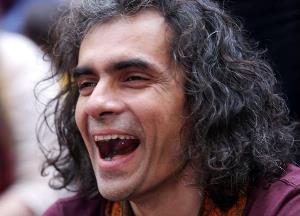 Imtiaz Ali's films always revolves around love, the strongest human emotion. The director feels everything in the universe moves because of love.

"I don't know what the relevance of love is, but I feel everything in the universe somehow moves because of it. I feel that if a man and a woman are in love, it is through their love that the universe is moving around. I want to explore these things more," said Ali, at the trailer launch of his next film, "Love Aaj Kal" on Friday in Mumbai.

The film's lead stars Sara Ali Khan and Kartik Aaryan were also present at the event.

"I don't want to tell them what to do, but I can show them what I am. This is all what I understand about love," he added.