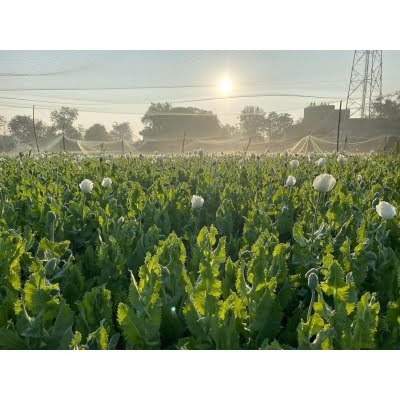 Mumbai, April 1 (IANS) Actor Namit Das, who played the role of Jawahar in the first season of popular web series “Aarya”, uploaded a long post on Thursday reminiscing his shoot for the Sushmita Sen-starrer show.

The actor recalled a particular day when he had to shoot in the February cold near Jaipur.

He uploaded two pictures from the day, and captioned: “This was when we were shooting the first scene of Aarya season 1. A day long drive from Jaipur to this god forsaken place close to Kumbhalgarh. Getting up at an unearthly hour, on a cold wintry morning we passed a lake that looked more gigantic than ever. The cold vapour mystifying everything that we could see. A full moon shining and reflecting its grandeur. We got into our cars and drove for a good one and a half hours to a place which was in the middle of nowhere.”

The actor added: “The vanity van was cold. My feet were cold. The costume that I wore was cold. My skin felt that it was going to burst open any moment. The makeup man and my spot boy were trying to keep me warm by rubbing my feet and hands. But the first glimpse of the opium field made me immediately forget the cold. It was me, the opium flowers & a sense of power this landscape holds for humanity. Wars have been fought for these flowers. They have been the bane of humanity as long as anyone can remember. And here I was in the middle of an open opium field which made me feel unguarded.”

He continued: “The sun peaked through the horizon and the whole field was glistening. Some parts were golden. Some were different shades of green and in this chaos of colours popped out these white flowers. They were like dots painted across a green and a golden palette. The whole of it making a mesmerising visual. I remember bits of the scene that we shot. I remember Ram telling me that it was this image that he was chasing. Totally worth it for all of us to take this long & tedious journey. I also remember people telling me continuously that each of these flowers would cost you a lakh or maybe a lakh and a half. But all of that aside I still sometimes see myself in that field. The sun peeping through, the cold breeze of a February morning and these flowers flowing across the field. No one could have guessed that these have created so much blood shed throughout human history. After all what is it with us humans that we make everything bloody. Something inherent I guess.”

The series, which also featured Chandrachur Singh and Ankur Bhatia, was directed by Ram Madhvani. The second season of the series is currently being shot in Jaipur.