Tanmay Bhat says ‘sorry’ after being demoted at AIB 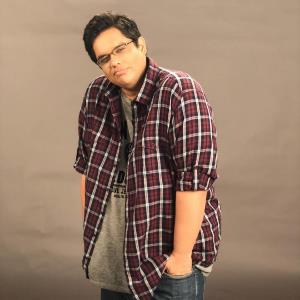 Comedian Tanmay Bhat, who has been removed from the post of comedy collective AIB's CEO, on Thursday wrote a message of apology for his inaction on sexual harassment complaints against a colleague.

Bhat was suspended last October following complaints of not acting against sexual harassment allegations made regarding Utsav Chakraborty.

On Wednesday, the AIB issued a statement updating fans that there would be no new sketches from them anytime soon due to no incoming revenue and operational costs piling up. The group said Bhat would no longer be their CEO, and Gursimran Khamba won't be associated with them anymore.

Bhat on Thursday took to social media and wrote: "I am deeply sorry for the distress I've caused to my friends, and anyone affected by my actions. I am deeply sorry to my colleagues who've had to go through immense stress that I feel responsible for.

"I realise that in the past, I've failed to live up to ideals that I've propagated myself, and my resolve is to ensure that this never happens again."

AIB, in its post, had said that Bhat's "lapse of judgment regarding Utsav Chakraborty was egregious".

"As a result, even though Tanmay Bhat's suspension has been lifted, he will no longer hold a position of CEO," read the statement.

In response, Bhat has said: "I welcome critique and accountability from followers of my work, both men and women. In any leadership capacity in the future, I will strive to build spaces in which women feel welcomed, valued, safe, heard and nurtured.

"I am committing to a daily process of unlearning, rewiring, and learning. To those who continue to have faith in me – thank you for giving me this invaluable opportunity to change and grow. I want to now look forward and let my actions prove my growth," he added.

In October 2018, several allegations against Chakraborty — a YouTuber who was once associated with AIB — surfaced after a woman Twitter user wrote Chakraborty had sent unsolicited pictures of private parts to women and harassed girls, including minors, through social media platforms.

Bhat was held responsible for his inaction on the complaints as he had known of the incident involving Chakraborty, but chose to remain quiet. [IANS]