This is why Gulshan Devaiah had to turn down MANIKARNIKA! 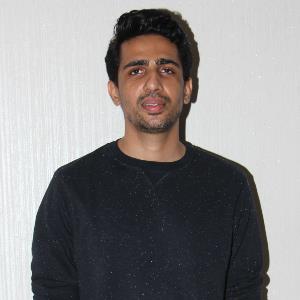 Actor Gulshan Devaiah after proving his versatility as an actor over the years with his impeccable roles in RAM LEELA, HUNTER and with his most recently released digital show Smoke is now ready to essay a character which he hasn’t ever done before in MARD KO DARD NAHI HOTA. The film MARD KO DARD NAHI HOTA is a film that has Gulshan essaying the role of Karate Mani, a karate expert on screen for the first time. This film was offered to him at a time when he was recovering from knee reconstructive surgery. The doctors adviced him to take rest at least for a one year, but the offer was so lucrative for him as an actor that he couldn't say no to his director Vasan Bala. The role required him to push the envelope at a stage where he was supposed to rest for his physical well being. The immense faith and trust from the team of MARD KO DARD NAHI HOTA led him to sign the film.

After signing the film, almost immediately he was also approached to essay a key role in the highly anticipated Rani Laxmibai biopic, MANIKARNIKA: THE QUEEN OF JHANSI. He was certain that film will turn into a milestone owing to the grandeur of the story. However he landed up declining the film to shoot and preposterous for MARD KO DARD NAHI HOTA for a variety of reasons. Given that he was required to adapt to a whole new lifestyle and learn multiple fitness techniques, and that fact that he was still recuperating from a physical condition he wasn’t sure of MANIKARNIKA as it required him to do and learn more physical activities like sword fighting etc. Owing to the time restrictions too he had to turn down the film.

Gulshan said, "MANIKARNIKA: THE QUEEN OF JHANSI was offered to me and the filmmakers really wanted me to do the role. It seemed physically demanding role as well because there was horse riding and sword fighting lessons I had to take. The real reason why I turned down MANIKARNIKA is more than one reasons, reason number 1 is I really prefer doing one project at a time, regardless how big or small it is and I feel that I am able to give my 100% of all my time to that project be it a short film or a big budget commercial enterprise it doesn't matter, this is my preferred method I am not able to do it all the time, and but that's what I prefer because I already agreed to be part of MARD KO DARD NAHI HOTA. And secondly it would have been extremely physically difficult for me to cope up with two roles which needed me to do variety of physical training and execution on screen."