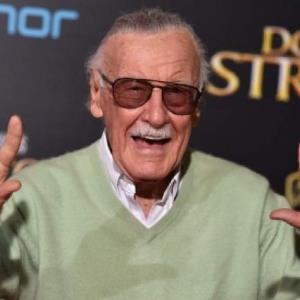 Today in Glamsham’s AVENGERS: ENDGAME countdown series, we will talk about the role of the legendary Stan Lee and it’s not just a cameo. Read further to know.

Based on our reading, observation and interaction with Marvel fans across, we are very optimistic and filled with enormous believe that the fourth installation of AVENGERS – AVENGERS: ENDGAME, will see Stan Lee in an avatar which cannot be just a cameo..

(Also read: AVENGERS: ENDGAME countdown: It's not what you are thinking?!)

Those who have seen Captain Marvel know that Stan Lee made an appearance and you will be glad to know that the co –creator of Avengers and co-creator of Spider-Man, the X-Men, Iron Man, Thor, the Hulk, the Fantastic Four, Black Panther, Daredevil, Doctor Strange, Scarlet Witch and Ant-Man with co-writer/artists Jack Kirby and Steve Ditko, is the source behind the revolution of our beloved superheroes. One of those who introduced easy and natural approach in comic book writings and influenced changes in the Comics Code Authority has remained a prominent face on screen when movies on Marvel characters are made.

Stan Lee died in November 2018, and it is learnt that the icon has already shot the cameos of AVENGERS: ENDGAME before.

In our interaction with MCU followers spanning generations, there was also an emotional string attached to Stan Lee’s appearance in AVENGERS: ENDGAME. Many especially the veteran followers of Marvel had a gut feeling that this might be Stan Lee’s last appearance on screen, that will leave all of us teary eyed when the end credits roll.

Last time in Glamsham’s AVENGERS: ENDGAME countdown series, we explored the possibilities of what makes AVENGERS: ENDGAME the most awaited and probably the best superhero movie of all time and it’s not what you are thinking!, today we have made our speculation on the probable role of Stan Lee – the iconic American comic book writer, editor, publisher, and producer.

Stay in touch for our next update on AVENGERS: ENDGAME countdown coming soon.