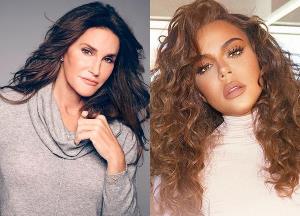 Reality TV personality Caitlyn Jenner hasn't spoken to Khloe Kardashian in "five or six years", despite them being "really close" when Khloe was growing up.

During an episode of UK reality show 'I'm A Celebrity… Get Me Out of Here!', Caitlyn was asked who she came out to first, and she said: "The first was the kids, I started with Brandon my son and he said to me "Dad, I've always been so proud to be your son but I've never been more proud of you than right now, reports femalefirst.co.uk.

"I went through every kid and Khloe for some reason was pi**ed off about something through this whole process, it's been five or six years and I've really haven't talked to her since."

When her campmate and former footballer Ian Wright asked if Khloe was "thinking about herself" more than Caitlyn, the 'I Am Cait' star added: "I don't know, we were really close, I raised her since she was five years old, I really don't know what her issues are."

In the episode, Caitlyn also spoke about the discussion she had with Kris Jenner about starting their family's reality show, "Keeping Up with the Kardashians".

Asked whose idea it was to do the show, Caitlyn said: "Kris and I were sitting in bed and 'The Osbornes' was on and it was really hot at one point and with Kris all you have to say is go and she's off.

"They gave us six episodes and one camera and we started shooting and before we were done shooting they ordered 12 more episodes. Well over 500 episodes now."

Caitlyn said her family's fame means her daughter Kylie Jenner can spend well over $300,000 a month on security.