Paul Walker’s character may appear in next ‘Fast & Furious’ 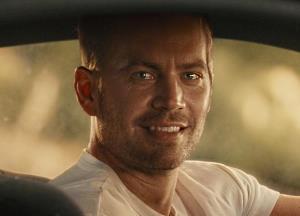 Paul Walker's character could be returning to the Fast and Furious franchise. The late actor played Brian O’Conner in the franchise.

Just a few days after Fast & Furious 9 filming wrapped, a new rumor claims that the studio is bringing back the late Paul Walker for the upcoming sequel.

While still not confirmed by Universal Pictures, sources close to the movie have claimed that they are searching for a body double for Paul to make an appearance. The source posted on his social media, "Just got a new casting grid for something and with it some big news that are sure to be controversial. Not sure how I feel about it myself but we’ll see."

A week later, he tweeted, "It's been long enough. They are bringing back Paul Walker's character, Brian, to FF9."

Walker was part of the franchise from the beginning, starring Vin Diesel as a then-undercover-cop Brian O'Connor in 'The Fast and the Furious'  which released in 2001.

The actor died at the age of 40, in a tragic car accident in Los Angeles in 2013, during the production of Furious 7. Fast and Furious 9 is slated to be released in May 2020.