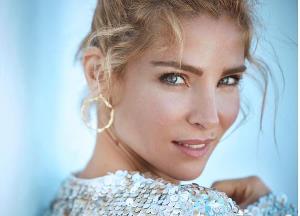 Actress Elsa Pataky says her brother-in-law and actor Liam Hemsworth is doing great after his split from singer Miley Cyrus, and getting happier.

In an interview on Australia's "Sunrise" show, Pataky, wife of Chris Hemsworth, opened up about how her brother-in-law is doing following his separation in August, reports eonline.com.

"He's getting happier and he has his family. His brother is his best friend, so that's good. He's spent some time with us," added the mother of three.

"My brother-in-law, well…after a relationship that you've dedicated 10 years to, he's a little bit down, but he's coping well. He's a strong boy and he deserves the best. I think he deserves much better," she told reporters at an event.

"You always find support in your family. And he's joined at the hip with his brother, who has been there to give all the strength he needed," she added.