Chandan Roy will be seen playing an IT expert, Chandan Jha in the upcoming web show 'Jaanbaaz Hindustan Ke' which is dedicated to the life of a lady IPS officer. 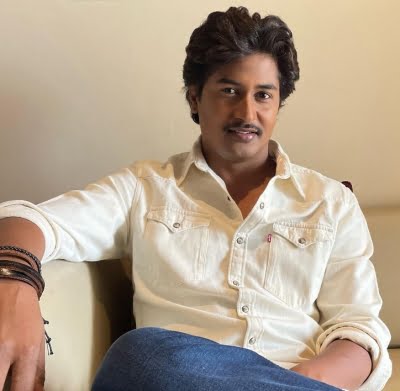 Actor Chandan Roy, who rose to fame with his role in the web series ‘Panchayat’, will be seen playing an IT expert, Chandan Jha in the upcoming web show ‘Jaanbaaz Hindustan Ke’ which is dedicated to the life of a lady IPS officer.

He got candid about how he prepared for his role and the challenges of making the technical terms understandable for the audience.

He said: “After reading the screenplay, it helped me develop the character and understand what my role in the film is and how it should be. I didn’t do anything particularly special, however, I did attend the workshop and had heard the narration, so I knew what my role was and what zone it had originated from.”

Later, he added that the challenging part while playing an IT expert is to simplify the technical terms as they are at certain times complicated and not easily understandable by everyone.

“My director urged me to use phrases that would be appealing or let the ordinary people comprehend English properly when you portray the role on screen since I had a lot of IT jargons to use that the public wouldn’t have understood. So as an actor, I had to be careful to use straightforward language so that the audience could follow along,” added the actor, who worked in ‘Jamun’, ‘Sanak’, ‘State of Siege: Temple Attack’, ‘Gulmohar’, among others.

Recalling the most difficult scene to shoot from the series, he said: “The most challenging scene for me as an actor was when I had to run, grab my bag, say the dialogues, and go to the terrace at the same time. I thought that this shot was lengthy and couldn’t be repeated, it should be finished in one or two shots, and it was shot at night. It was therefore the most difficult scene I had to perform at that time, but I accomplished it smoothly.”

‘Jaanbaaz Hindustan Ke’ also features Barun Sobti and Regina Cassandra. Asked how it was to work with them in the series, he replied: “My co-actors were quite skilled at what they do and I enjoyed working with them. I appreciate the effort they put into their job, and it motivated me since I put a lot of effort into my on-screen character.”

“Acting puts you on the receiving end constantly, therefore you must always accept others and conduct yourself properly. Working with everyone was wonderful,” he concluded.

‘Jaanbaaz Hindustan Ke’ will be streaming on ZEE5.