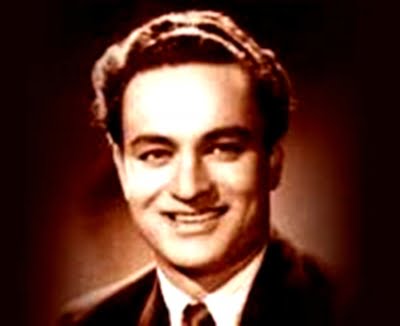 The late playback singer Mukesh Chand Mathur, professionally known as Mukesh, has lent his voice to some of the iconic songs of Hindi cinema and is credited with defining the soundscape of Hindi films with his association with the likes of Raj Kapoor, Manoj Kumar, Sunil Dutt and Dilip Kumar. But often a great artiste is born out of adversities, and it holds true in the case of Mukesh.

There was a time when the ‘Ye Mera Diwanapan Hai’ hitmaker was facing financial troubles and had to take a loan from a vegetable vendor near his house to pay the school fees of his children. Nitin Mukesh, the son of the veteran singer, who will be gracing the special episode — ‘Celebrating 100 years of Mukesh’ of the television show ‘Sa Re Ga Ma Pa Li’l Champs’ shares an anecdote from the late singer’s life and says that his father continued long after he delivered songs like ‘Awara Hoon’ and ‘Mera Joota Hai Japani’.

Nitin Mukesh mentions, “I have never heard of anyone’s struggle with so many ups and downs in life. He has gone days without drinking water and eating food, but the strange thing is that he became ‘The Mukesh Ji’ after singing famous songs like ‘Awara Hoon’ and ‘Mera Joota Hai Japani’, and yet struggled for six to seven years after that. There was a time when he couldn’t afford to pay the school fees for me and my sister.”

Adding further, he speaks about the time when his father turned to the vegetable vendor near his house as a last resort, “I still remember that there was a vegetable vendor near our house who absolutely loved Mukesh Ji and was so fond of his voice that he offered to lend him some money. That’s how Mukesh Ji paid our school fees, but, nor did he or the vendor ever let this information reach us. But our mother used to tell us everything, saying ‘see how papa is going through a tough time’.”

The show judge, Shankar Mahadevan responds as he says, “These stories are surely going to inspire and motivate all the contestants to work hard towards their dreams.”