As a spectator, it's very hard to keep up with it: Steve Waugh on cricketing schedule 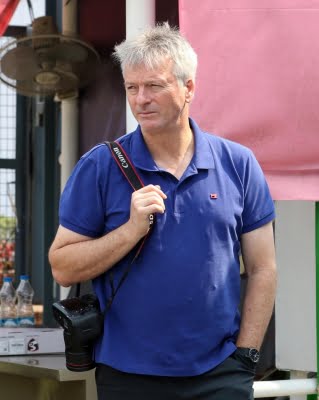 New Delhi, Nov 28 (IANS) Legendary Australia cricketer Steve Waugh has stated his disappointment with the hectic cricketing schedule in the country this year, adding that it has become very hard for a spectator to keep up with the matches.

Cricket Australia (CA) has been heavily criticised for scheduling the matches of the men’s team in the country over the summer months, especially after poor crowds in the 3-0 ODI series over England, which began just three days after Men’s T20 World Cup ended.

In the T20 World Cup too, Australia, despite being the hosts and defending champions, recorded an average attendance of 37,565 across its five Super 12 matches, including the abandoned fixture against England at the MCG.

Though CA CEO Nick Hockley pointed to rescheduling of fixtures after the Covid-19 pandemic as a reason behind the packed schedule, Waugh has aired his concerns over how it is becoming tough for people to follow the matches.

“There’s a lot of cricket it’s hard to follow, as a spectator its very hard to keep up with it. (The) three one-dayers against England seemed a bit insignificant really, I mean what were they playing for? There wasn’t a big crowd, I think the public has almost overdosed on cricket,” said Waugh on SEN’s Saturday Morning Mowers Club show.

With players starting to choose between playing white or red-ball cricket, Waugh in concerned that cricketers choosing to play in certain formats may lead to more issues for fans following the Australian team.

“You want the special series to be iconic like the Ashes or against England, it’s hard to follow the Australian side because every time they play they have a different team on the field.”

“For the fans and spectators, it is hard to make a connection because you’re not sure who is playing, I don’t know whether it’s anyone’s fault but you need that consistency in the Australian side.”

“You want to know who’s in the squad every game, you want to be following it closely and it’s really hard to do that right now,” he added.

Australia will kick off their Test summer when they host West Indies in the first of a two-match Test series at Perth from Wednesday. The series will be contested for the Frank Worrell Trophy and is part of the ongoing World Test Championship cycle too.