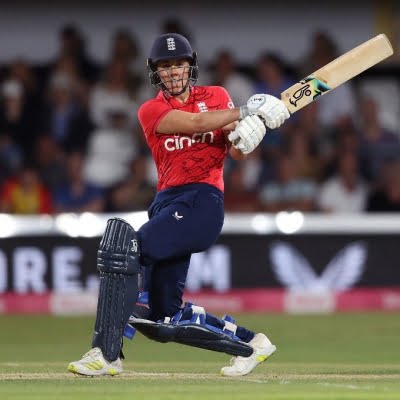 New Delhi, Jan 26 (IANS) England’s seam-bowling all-rounder Nat Sciver was named as ICC women’s ODI cricketer of the year for 2022. She becomes the second cricketer from England to have won the coveted award after wicketkeeper-batter Sarah Taylor won the honour in 2014.

She had a 2022 to remember, amassing 833 runs at an average of 59.90 and at a strike-rate of 91.43, including smashing five half-centuries and two centuries to put further accolades on an already impressive playing resume.

The majority of those big scores came during the Women’s ODI World Cup, with Nat helping herself to a team-best 436 runs, including a career-best 148 not out off 121 balls in the final against Australia coming in a losing cause.

Nat walked in with England in a spot of bother at 38/2 and remained there until the end, unsettling the bowlers with her eye-catchy strokes. The all-rounder hit 15 fours and a six in her knock that could have led her side to World Cup glory if not for losing partners at the other end.

She finished third in the overall run charts for the tournament, behind Alyssa and Rachael Haynes, but recorded a better average than Australia duo.

If her exploits during the World Cup weren’t enough, Nat returned from a short break to manage her mental health in December to help England record a 3-0 series sweep over the West Indies in the Caribbean.

During that series she scored knocks of 90 and 85 to unsurprisingly finish as the leading run-scorer for the series with an eye-catching 180 runs at an average of 60. Nat will be next seen in the Women’s T20 World Cup, to be held in South Africa from February 10-26, which will mark her return as England’s vice-captain.