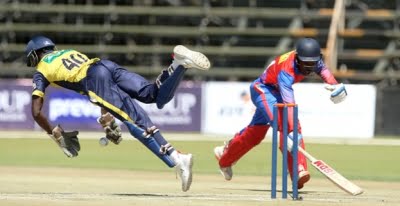 Harare, Dec 7 (IANS) Zimbabwe Cricket (ZC) on Wednesday announced the introduction of a new franchise-based T10 league scheduled to start in March next year. It will be known as the Zim Afro T10 league.

“We are pleased to announce the introduction of Zimbabwe’s own franchise-based T10 league, a powerful format that we believe is exactly what our changing, fast-paced world needs right now,” said ZC Chairman Tavengwa Mukuhlani in an official statement.

According to Zimbabwe Cricket, The Zim Afro T10 league is expected to attract top players from around the world, with the inaugural edition scheduled to get underway on March 29, 2023.

“As we embark on this hugely exciting journey – in partnership with Mr Shaji Ul Mulk and his company — we are looking to transform our game and create a massive global fan base by providing one of the best platforms in the sport for the world’s top players to showcase their talents,” he added.

The participating franchises, player auction dates, fixtures and other details will be announced in due course.

“This is an exciting addition to our cricket calendar and the potential of the Zim Afro T10 league to advance the reach, attractiveness and growth of the sport cannot be overemphasised.”

“We have already covered a lot of ground to ensure that, come March 2023, everything will be in place for the launch of a tournament that will provide great entertainment for the fans, top-level competition for the players and vast exposure for the investors,” said ZC Managing Director Givemore Makoni.