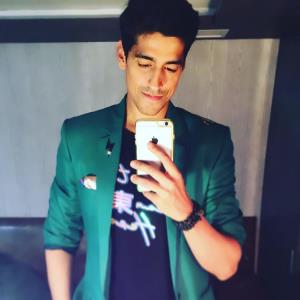 Rapper Chaitanya Sharma aka SlowCheeta is excited to work with Ranveer Singh under the actor's independent music record label — IncInk. Getting associated with the "Bollywood superpower" would give independent artistes a wider reach, he said.

"There are so many people who want to express themselves and this platform gives them a chance to do so. You get the right reach if they consider you worthy enough for launch. They will give you everything that you need to get your voice out there and that is crucial at this point," Sharma told to a publication over an email.

In March, Ranveer, who earned plaudits for his rapping skills with "Gully Boy", came out with his music record label — IncInk. He teamed up with filmmaker Navzar Eranee to launch the label and has collaborated with rappers Kaam Bhaari, SlowCheeta, and Spitfire for the music venture.

They have come out with a single under the label. TV channel &flix in association with Ranveer's InkInc Record Label along with Kaam Bhaari and SlowCheeta launched a special 'Venom' anthem. The Tom Hardy-starrer was aired in India on &flix last month. The channel also got associated with Floating Canvas.

When it comes to the musical venture, Sharma vouches for Ranveer. "We just don't have a name, we have a Bollywood superpower. Saying no will be silly. It definitely does give a wider reach and Ranveer Singh is legit. It's not like he has no knowledge about this and randomly entered this showbiz. He knows his stuff properly. He is not a publicity stunt, he is a hip-hop enthusiast. It's great," said Sharma.

On the market for Indian music labels, he said, "It's growing as there are many talented people out there. No matter what the genre, everybody needs a platform to showcase their talent. With people like Ranveer launching their label, it does give an artist the attention they deserve. With the movie 'Gully Boy' and InkInc, rappers today are getting the necessary push."

Stating that an artist should only think about his craft and art, he said, "Smaller things should not bother him. There are much bigger things than just money, brands, and projects. If you trust them (the label), you will fly."

On the professional front, Sharma has lent his voice to Ayushmann Khurrana's "Article 15" song "Shuru karein kya" along with Dee MC, Kaam Bhaari and Spitfire. "The theme is really nice. It talks about oppression and casteism," said the rapper.