Subhash Ghai: I would be happy to contribute to steering committee of IFFI 2019 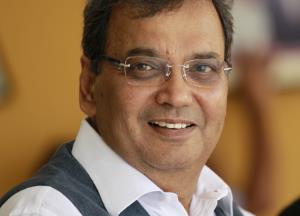 The Show Man of Bollywood Subhash Ghai,Filmmaker Karan Johar and producer Siddharth Roy Kapur will be part of the steering committee of the 50th edition of the International Film Festival of India (IFFI), according to the Union Information and Broadcasting Minister Prakash Javadekar. For the steering committee, Subhash Ghai, Karan Johar, Siddharth Roy Kapur, Feroz Abbas Khan, have already confirmed their names to be part of the steering committee which will design the IFFI's golden jubilee edition, because it has to be a professional show. And time as it is the golden jubilee year of the prestigious film event.

The IFFI is being organised in Goa jointly by the Directorate of Film Festivals and the state-run Entertainment Society of Goa (ESG). The festival will be held in Goa from November 20 to November 28.

Commenting on this Subhash Ghai said "it’s golden jubilee of IFFI and this special film festival deserves to be celebrated with more substance joy and pride. I would be happy to contribute along with my colleagues in steering committee of IFFI 2019”.

The film festival will celebrate Mahatma Gandhi's 150th birth anniversary. "We will also have a business exhibition at the event because it is a good time to showcase latest film technologies and an exhibition of Gandhi 'Gandhi150'," Prakash Javadekar added. Academy of Motion Pictures Arts and Sciences (AMPAS) President John Bailey will also be a part of the festival. Ahead of the IFFI 2019, private theatres in Goa are being hired to screen popular films as part of the festival. "In the past, people did not get tickets to watch popular films, so we are enrolling private theatres to screen those films," Javadekar added.