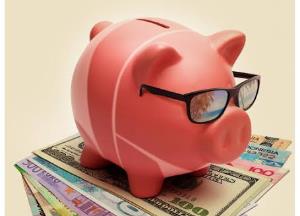 To really understand this clever sassy robust film you must understand money. With almost zilch knowledge of how it works I could still sense a deep sense of mirthless laughter in the way the king of quirky direction Steven Soderberg (check out his oddball oeuvre, from his directorial debut “Sex, Lies, And Videotape” to his last “Unsane”) plays around with the grim reality of global money laundering.

In that joyless laughter of this cleverer-than-you-think film, there is a message. Using the financial resources of the middle-class to make the rich richer, is not a laughing matter. But he, what can we do about it in a world that functions on inequality and injustice?

Soderberg’s whimsical film on global money laundering could leave you confused about which side it is talking from. But then you realise which side this film is really on. It pitches its tone of savagely satirised rebuke against financial hoaxes at us, the gullible public that surrenders its lifetime’s resources to institutions which, we hope against hope, will make good use of our savings.

What happens when these institutions let us down? “The Laundromat” creates a sense of absurd dread about those who play around with public wealth. It explores the extremely complicated process of money laundering by breaking it down into episodes of tragic hilarity where we at once see characters with all their fancy flamboyance and frightening frailties.

Lording over the vast cast of incredible actors is the supreme Meryl Streep who, as usual, sweeps us into the deepest consciousness of her character’s soul digging out personal and inter-personal truth about the quality of life that the working-class lives as opposed to the rich who are portrayed as ridiculous in their self-absorbed ruthlessness.

There are two very engrossing, very twisted episodes in the eccentric narration, one involving a black tycoon with fraudulent money who tries to bribe his daughter into keeping mum (pun intended) about his extra-marital fling, and another where a ruthless Chinese entrepreneur (Rosalind Chao) tries to browbeat an American financier into legitimising her scam and then snuffs him off.

The blend of the sinister and comic with a bit of the bizarre thrown in for good measure is typically Soderberg-ish. His arching penchant for quirky social comment is nowhere more evident than in his choice of narrators, a couple of master-launderers played by Gary Oldman and Antonio Banderas, who serve to distance the film’s characters from us while plunging them (the characters) into a game of manipulation and fraudulence that boggles the mind.

At the vortex of this game of vicious deception is Streep’s character of the bereaved widow who reminds us that the meek are far from inheriting the earth, as promised. In the meanwhile there is the next global scam, hopefully as prone to an engaging film as this one.

And yes, perhaps after watching this film you may want to visit the Panamas, and you may never want to take a ferry ride again. [By Subhash K Jha]

- Advertisement -
- Advertisement -
To really understand this clever sassy robust film you must understand money. With almost zilch knowledge of how it works I could still sense a deep sense of mirthless laughter in the way the king of quirky direction Steven Soderberg (check out his oddball...The Laundromat Movie Review: Critics Review, Rating, Cast & Crew