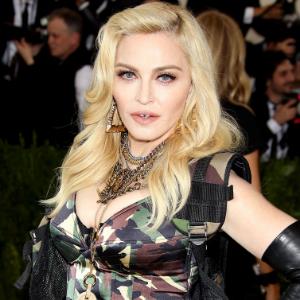 Singer Madonna has opened up about her fight against ageism in the music industry, saying she is being punished for turning 60.

In an interview to British Vogue, Madonna, who has sold more than 300 million records worldwide in a near four decade career, has detailed her fight against ageism, reports dailymail.co.uk.

"So they just keep trying to find a hook to hang their beef about me being alive on. Now I'm fighting ageism, now I'm being punished for turning 60," added the songstress, who turned 60 in August last year.

She went onto speak candidly about her relationships with her children — Lourdes, 22, Rocco, 18, David and Mercy, both 13, and Esther and Stella, both six.

Madonna said that she regrets giving her children phones.

"I'm going to stick that one out for as long as possible, because I made a mistake when I gave me older phones when they were 13.

"It ended my relationship with them, really. Not completely, but it became a very very big part of their lives. They became too inundated with imagery and started to compare themselves with other people, and that's really bad for self-growth," she said.