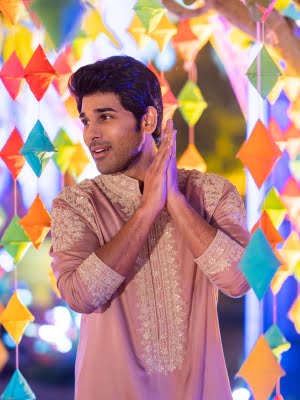 Mumbai, March 31 (IANS) Allu Sirish’s debut Hindi music video, for the song “Vilayati sharaab”, has become popular. While fans love him performing the last step of the song, the Telugu actor says it was actually quite easy.

Sirish posted a video on Instagram, of behind-the-scenes action during the shoot of the song that also features Heli Daruwala.

“The last step was so easy coz madam Heli was such a lightweight and a trained dancer,” Sirish wrote.

“Vilayati sharaab” is sung by Darshan Raval and Neeti Mohan. This is the first time Sirish features in a Hindi single. Neeti had told IANS that the song is a proper dance and a fun number.

Allu Arjun’s younger brother Sirish made his acting debut as the lead star of the 2013 bilingual film “Gouravam” and later did successful films such as “Kotha Janta”, “Srirasthu Subamastu” and “Okka Kshanam”.