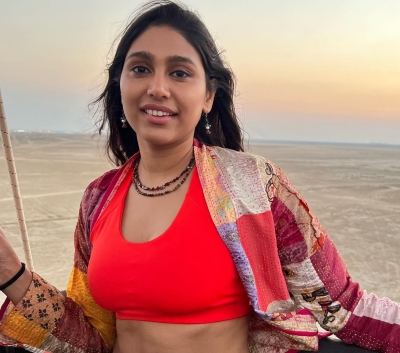 Actress Manisha Yadav, who is known for her performances in critically acclaimed Tamil films like ‘Vazhakku En 18/9’, ‘Aadhalal Kaadhal Seiveer’ and ‘Oru Kuppai Kadhai’, is all praise for Gujarat’s Kutch region where she seems to have gone on a holiday.

Says the actress, “Kutch Nahin Dekha toh kuch nahin Dekha!! (If you haven’t seen Kutch, you have seen ‘nothing’ good enough yet). But it’s ironic how this ‘nothingness’ and being in the middle of nowhere was amusingly wonderful. Felt like this is the closest I could get to being on the moon.”

“Another wonderful thing about travelling is meeting new people. Partha Pratim Choudhury (a life coach) had come to the Rann on his fancy bike and had also travelled right from Assam to Malaysia on his motorbike!!”

The film, which features actor Prajin in the lead, has music by Ilaiyaraaja and Raja Bhattacharjee as its cameraman. The film is likely to hit screens in May this year.