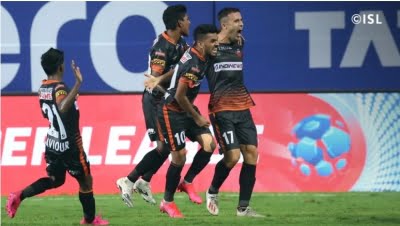 FC Goa’s Spanish captain, Edu Bedia says the key to a good start in the tournament is to play smart and adapt quickly.

“We have to be smart about how we play. The teams may be stronger than us but we will have to adapt our style and change some aspects of our play but we will compete hard and make things as difficult as possible for the teams,” he said.

For the first time in history, an Indian club is featuring in the group stage of the competition, and FC Goa earned the honour by topping the league stage of the 2019-20 Indian Super League (ISL).

FC Goa are also banking on home advantage to get the better of their rivals as all Group E matches are scheduled in Goa.

“It may be an advantage playing in Goa because of the climate and the fact that we have more experience here…,” said the 32-year-old Bedia, who has featured in 20 ISL games in the 2020-21 season.

The Qatari club, though, will be no pushover as it is coached by the 1998 French World Cup-winning centre-back Laurent Blanc, who has featured as a player for giants like Manchester United, Barcelona and Inter Milan.

The Qatari club, nicknamed ‘The Lions’, was founded in 1967 and has won the country’s top-flight trophy, the Qatar Stars League (QSL), eight times.

One of their key players, Yacine Brahimi, was a regular for Portuguese club FC Porto for many years and also featured in several UEFA Champions League matches. Brahimi finished his first season at Al Rayyan SC (2019-20) as the league’s joint-top goalscorer with 15 goals.

But Bedia is unfazed.

“I spent four years in La Liga against teams who were better than us. Our players here have played against good players and teams. We need to be smart and make sure that we take the chances that we get,” he said.

Besides FC Goa and Al Rayyan SC, the other teams in the group are last year’s runners-up, Iran’s Persepolis, and the winners of the qualifier between Al Wahda of the UAE and Al-Zawraa of Iraq.