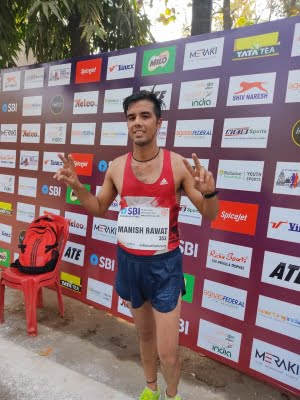 New Delhi, April 9 (IANS) India’s star Greco-Roman wrestler Gurpreet Singh had an impressive start in the Asian Olympic qualification tournament in Almaty on Friday but a poor finish in the semi-finals of the 77kg category spoiled his chances of winning the Tokyo Olympic berth.

The 25-year-old from Punjab began his quest to win the Olympic quota with a huge 12-1 win over Rio Olympic bronze-medallist Hyeonwoo Kim of Korea. But 21-year-old Akzhol Makhmudov from Kyrgyzstan stopped Singh’s good run in the semis, scoring an 8-2 win over the Indian.

Only two finalists in each of the weight categories are eligible to win the Olympic quota place.

India’s four other Greco-Roman wrestlers suffered a fate similar to Singh’s. All of them couldn’t go beyond the semi-final stage in their respective events, which meant India’s campaign to win quota place in Almaty came to a disappointing end.

Ashu too lost his 67kg semi-final match to Mohammad Reza Geraei of Iran 0-9.

Asian champion Sunil Kumar also bowed out of the tournament in the semi-finals of the 87kg category. Despite leading 3-0, he lost the match 5-9 to Nursultan Tursynow of Kazakhstan.

In the 130kg semi-final bout, Naveen lost 1-7 to Minseok Kim of Korea.

Those wrestlers who failed to earn a quota place in the Asian Olympic Qualifier in Almaty will have to make it to the finals of the World Olympic Games Qualifier in Sofia, Bulgaria from May 6-9.