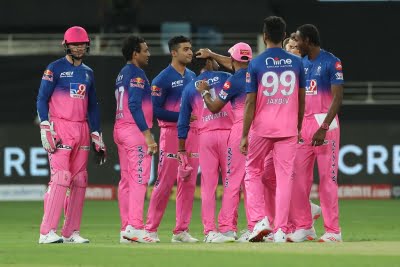 New Delhi, April 7 (IANS) Rajasthan Royals (RR) have had a poor last two seasons in the Indian Premier League (IPL). While they finished seventh in 2019, they ended eighth in the 2020 season. This time though they have tried to fill the gaps in their fast bowling and hard-hitting batsmen.

Steve Smith, the Australian batting mainstay, who led the team in the last season, was released after failing to inspire a team that was studded with star players Ben Stokes, Jos Buttler and Jofra Archer. Smith couldn’t do much with the bat too.

The Royals spent a fortune in buying Chris Morris. The South African, who had been released by Royal Challengers Bangalore, was picked for Rs 16.25 crore at this year’s auction.

Morris isn’t just a good option with the ball but is also a good hitter towards the end of the innings.

With Stokes and Buttler already there, Morris’s hard-hitting will also benefit Rajasthan Royals.

RR have also picked England’s Liam Livingstone, who impressed with the bat in the second (27 not out off 21 balls) and third (36 off 31 balls) ODIs against India recently.

The Jaipur franchise has also bought left-arm pace bowler Mustafizur Rahman this year. The Bangladesh bowler is known to deceive the batsmen well with his off-cutters and has had success with them against India batsmen in the past.

The only problem will be that with Stokes, Buttler, Morris and Archer using up the four slots reserved for overseas cricketers, it will be hard to fit in Rahman. Kumar Sangakkara, the director of cricket operations at RR, has made it clear that Rahman will be played only in the absence of Morris or Archer.

“The focus for us at the auction was on bowlers,” an RR official had told IANS before the auction.

A lot of focus will be on how the combination of Kumar Sangakkara and new captain Sanju Samson works.

Having Samson as the captain will serve RR well since he is no longer in the scheme of things for the Indian team and can fully focus on leading his franchise.

Royals have also bought Shivam Dube and his job will mainly be with the bat as Sangakkara has clarified.

Last season, RR struggled because they just didn’t know how to use both Stokes and Buttler. They could not slot them together at the top of the order since it affected their batting in the final overs.

With the presence of big-hitters like South Africans Morris, David Miller and India international Dube, they can now push the England duo to the top of the batting order and focus on setting up big totals.

The Jaipur franchise has won only one title and that was way back in 2008, the inaugural edition, under the captaincy of Shane Warne.

The team includes some of the world’s best players and great personalities so it’s going to be fun — Kumar Sangakkara, director of cricket operations at RR